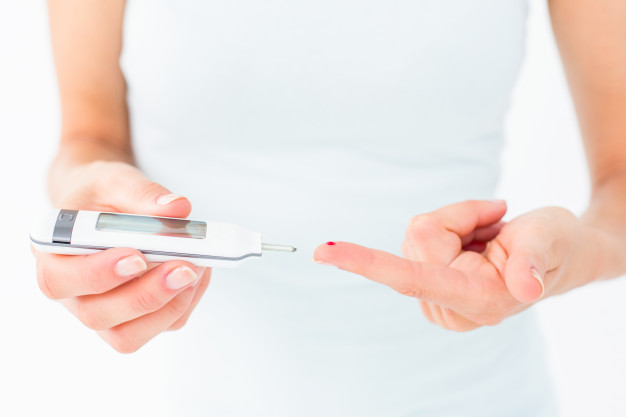 Diabetes mellitus, commonly known as diabetes, is a metabolic disease that causes high blood sugar. The hormone insulin moves sugar from the blood into your cells to be stored or used for energy. With diabetes, your body either doesn’t make enough insulin or can’t effectively use the insulin it does make.
Untreated high blood sugar from diabetes can damage your nerves, eyes, kidneys, and other organs.
There are a few different types of diabetes:

Type 1 Diabetes is an autoimmune disease. The immune system attacks and destroys cells in the pancreas, where insulin is made. It’s unclear what causes this attack. About 10 percent of people with diabetes have this type.

Type 2 Diabetes occurs when your body becomes resistant to insulin, and sugar builds up in your blood.

Prediabetes occurs when your blood sugar is higher than normal, but it’s not high enough for a diagnosis of type 2 diabetes.

Gestational Diabetes is high blood sugar during pregnancy. Insulin-blocking hormones produced by the placenta cause this type of diabetes.

Each type of diabetes has unique symptoms, causes, and treatments. Learn more about how these types differ from one another.

General Symptoms
The general symptoms of diabetes include:

Causes  of Diabetes
Type 1 diabetes is an autoimmune disorder. It’s believed that a combination of genetic predisposition and additional environmental (as yet unidentified) factors provoke the immune system into attacking and killing the insulin-producing cells in the pancreas. There is no way to prevent type 1 diabetes from occurring.

Type 2 diabetes is mainly caused by insulin resistance. This means no matter how much or how little insulin is made, the body can’t use it as well as it should. As a result, glucose can’t be moved from the blood into cells. Over time, the excess sugar in the blood gradually poisons the pancreas causing it to make less insulin and making it even more difficult to keep blood glucose under control.

Gestational diabetes is the result of hormonal changes during pregnancy. The placenta produces hormones that make a pregnant woman’s cells less sensitive to the effects of insulin. This can cause high blood sugar during pregnancy.

Women who are overweight when they get pregnant or who gain too much weight during their pregnancy are more likely to get gestational diabetes.

Obesity is a leading cause of insulin resistance

DIABETES & HYPERTENSION
Immediate changes in the treatment of Diabetes and Blood pressure should be avoided. The medical course should be continued along with these medicines and should be tapered on positive results. A frequent routine check-up is necessary for these conditions.